Vidya Bharti
About Us 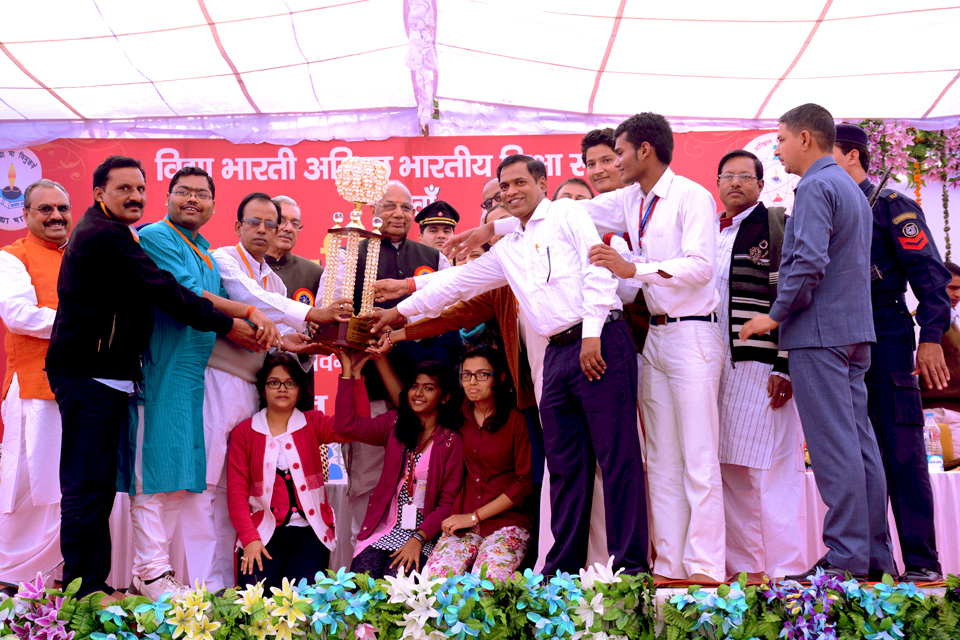 The child is the centre of all our aspirations. He is the protector of our country, Dharma (Religion) and culture.The development of our culture and civilization is implicit in the development of the child's personality. A child today holds the key for tomorrow. To relate the child with his land and his ancestors is the direct, clear and unambiguous mandate for education. We have to achieve the all round development of the child through education and sanskar i.e. inculcation of time honored values and traditions.

This was the dream which, in 1952 inspired some RSS workers to take up education of children as a mission of their life. The people engaged in this noble task of nation building through proper education of younger generation, laid the foundation of the first school at Gorakhpur in a building rented at a monthly rent of five rupees. After due consideration, they named their school as Saraswati Shishu Mandir-Temple of the Goddess Saraswati dedicated to the children. Thanks to their zeal, dedication and hard work that such like schools began to be established at other places also. Prior to the Gita school which was started at Kurukshetra in 1946. The foundation stone of this school was laid by Shri M.S.Golwalker- revered Shri Guru Ji. The number of such schools increased rapidly in Uttar Pradesh. A state level Shishu Shiksha Prabandh Samiti was formed in 1958 for their proper guidance and planned development. Good education & sound sanskars at the Saraswati Shishu Mandirs earned for them due recognition, honour and popularity in the society. They spread in the other states also. Consequently Within a few years many schools had been established in Delhi, Madhya Pradesh, Andhra Pradesh, Bihar & other states. People began to send their children to these schools in preference to Christian convent-schools and over so- called public schools. In Saraswati Shishu Mandirs the children could learn about their Hindu culture. State level committees were set-up in other states also as the number of schools began to increase there. Punjab and Chandigarh had a Sarvhitkari Shiksha Samiti while Haryana had Hindu Shiksha Samiti,The formation of all India body came in 1977 as a natural corollary of this process. Thus Vidya Bharati was established with its Registered office at Lucknow & functional headquarters in Delhi. All state level committees were affiliated to this Vidya Bharati Akhil Bharatiya Shiksha Sansthan.

MCL Saraswati Bal Mandir is a Senior Secondary School run by Samarth Shilsha Samiti, flourishing under the aegis of Vidya Bharti, the largest Educational Organization of the world. The school caters for West Delhi from VI to XII standards and is recognized b the Directorate of Education - Delhi ...